A very intense year for ALICE is coming to a close. The highly successful proton-lead run seems far in the past, although it actually took place at the beginning of this very year. The many interesting and unexpected results from this run have created a lot of excitement and activity in the community. While data analysis was certainly occupying a large portion of the ALICE collaboration during 2013, the rest of the collaboration was busy with the LS1 shutdown work as well as upgrade preparations, and a lot has been achieved during this year.

Besides the detector upgrade and consolidation activities, many important infrastructure projects were executed at the ALICE experimental site, in excellent collaboration with the technical departments. A second floor on top of the existing ALICE conference room building is providing offices to the ALICE projects and finally made it possible to remove the very old barracks from the site. The electrical infrastructure of the counting rooms, that dated from LEP times, was completely reworked and a new and more powerful UPS system was installed. A major upgrade of the chilled water production at P2 will make sure that the  cooling power has finally sufficient margin to cope with the needs of the ALICE magnets and LHC cryogenics.

The installation of the new Dijet Calorimeter (DCAL), an extension of the EMCAL detector, represented the most important addition to the ALICE detector during this year. For this installation, the bottom part of the L3 magnet had to be completely reworked, with a new common support structure for the DCAL and the PHOS detector as well as major changes to the layout of the services.

In order to gear up for Run2, the readout capabilities of many detectors and the capacity of the DAQ and HLT systems are significantly increased during LS1. The TPC as an example is presently developing a new set of readout units that will double the readout rate, and the online systems have already expanded the infrastructure in the counting rooms to accommodate the extended system that will be installed early 2014.

Service consolidation was another major work item during 2013, where quality issues with LV cables and connections as well as power supplies were addressed by several subsystems. Fire extinguishing systems based on N2 and CO2 were installed for the confined space areas, and last but not least, the ALICE Control Room is presently being reworked in order to allow for more efficient operation of the ALICE experiment.

The CERN open day was certainly another highlight of 2013. The opening of the LHC tunnel to the ALICE cavern was a significant effort that brought the detector activities to a halt for more than a week, but the very impressive visitor path that included the machine and the experiment were definitely worth the effort. The many visitor groups coming to ALICE during the course of the year are putting some strain on the logistics but are of course an important part of the CERN outreach activities. 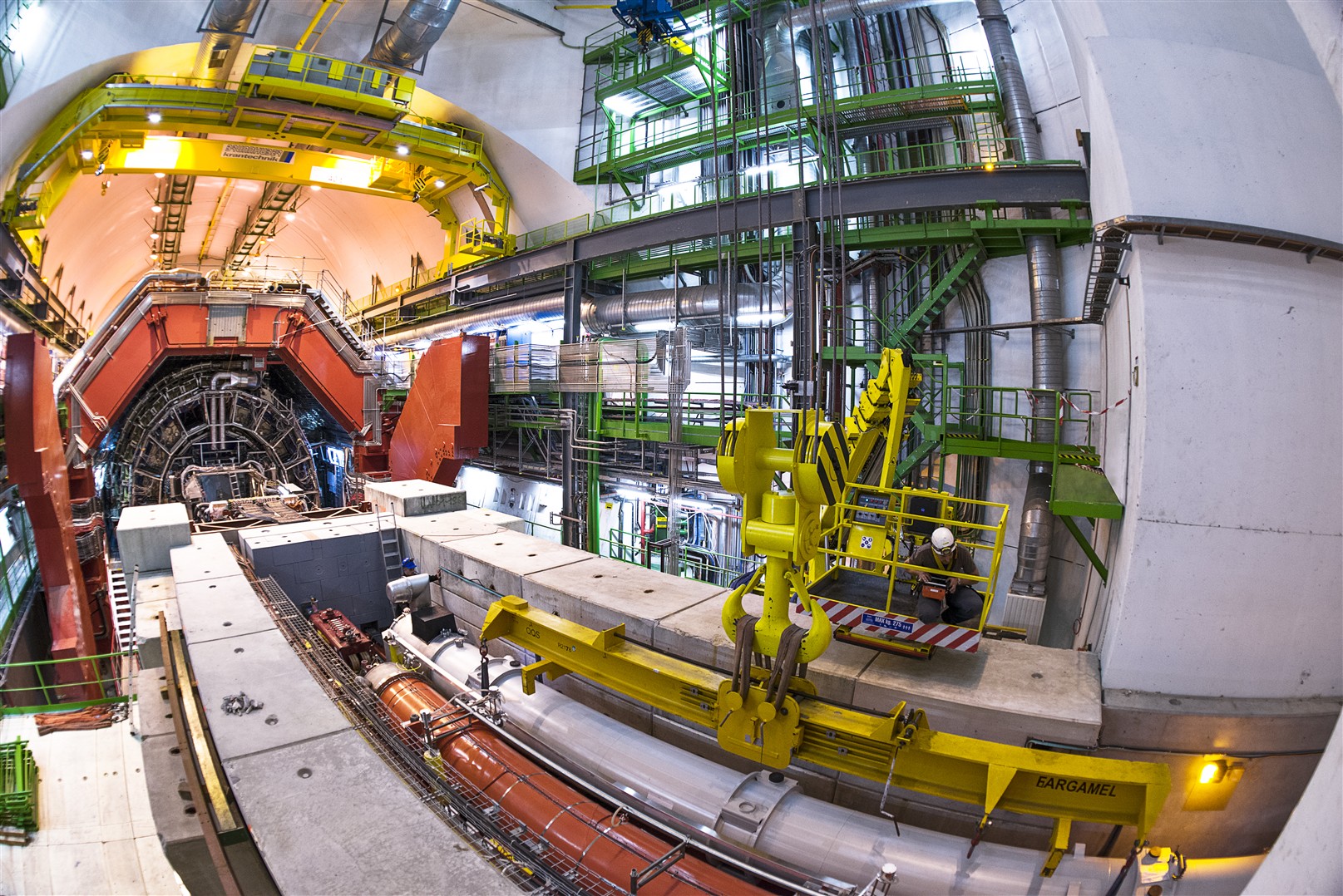 With the plan for a major upgrade of the ALICE detector in LS2, many ALICE collaborators are also busy with this effort, and two out of 5 Technical Design Reports are already submitted to the LHCC, the remaining 3 to come during 2014.

While previous Christmas breaks saw quite some activity in the cavern, in order to make best use of the short Year End Technical Stops, this year's Christmas break will be a true one, with an expected number of not more than two accesses per day by the daily patrol that makes sure that ALICE is truly resting during the holidays.