I have worked at CERN for a number of years on different projects, in the beginning as a member of Italy's National Institute of Nuclear Physics (INFN) and recently as CERN staff. My background is in aeronautical and aerospace engineering, with a specialisation in the structural engineering of materials within these fields.

After few years spent on the development of composite materials for aerospace applications, I joined INFN in 1998 where I was responsible for the mechanical projects office in Rome and worked with several different Physics Projects, one of which was the Alpha Magnetic Spectrometer (AMS), launched onboard a Space Shuttle in 2011. After having worked on several AMS sub-system, in 2007 I was assigned the responsibility for the integration of AMS in the CERN clean room in Prevessin. We spent a few years there putting the AMS experiment together. I spent a large part of 2010 and 2011 at the Kennedy Space Centre working on AMS and preparing for the launch. 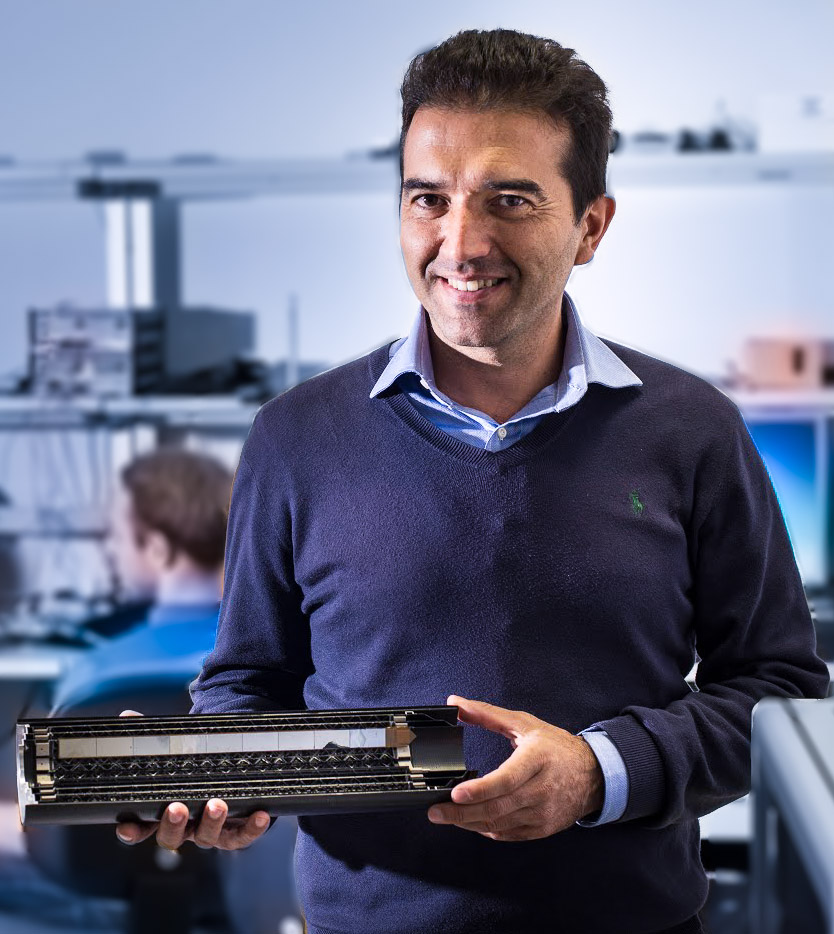 I joined ALICE in December 2011. As ALICE Project Engineer I work in the Technical Coordination group with responsibilities in the engineering aspects of installation, maintenance and consolidation of ALICE detectors as well as in the Upgrade Projects. Underground, in the ALICE cavern, several-tons-detectors, equipped with delicate sensors, electronics and mechanics, are being moved around, installed or reworked during LS1. This poses our daily challenge in the definition and respect of integration procedures that guarantee, first of all, the safety of these operations. At the same time, on the surface, we are working on the Upgrade of the ITS where the design of few-grams- structures, to support and cool impalpable sensors, move the challenge to the use of the most advanced technologies and materials, similar to those employed in aerospace. Both underground and on surface finally our daily achievements are the result of the work of a team that I am glad to be part.